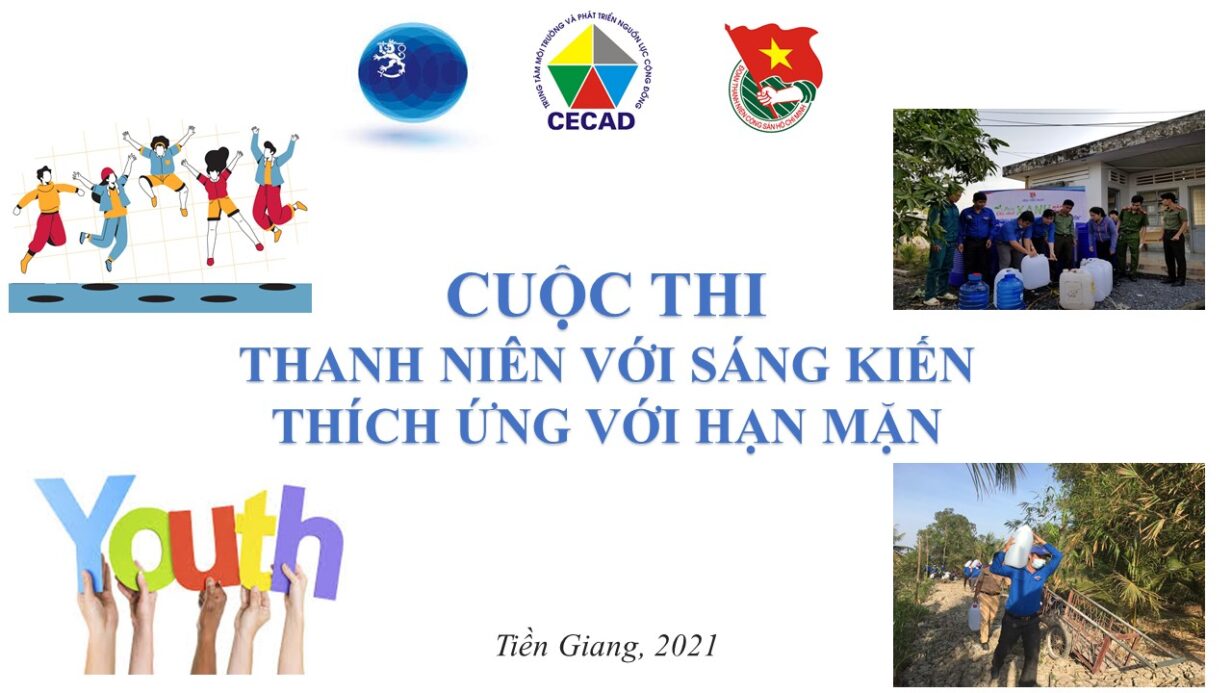 10 initiatives in adapting to saline intrusion and protecting the environment were selected and presented. They have been carefully considered by the judges from CECAD and The Youth Union of Tien Giang province. The participants were asked many questions related to their presentation. The ideas in the final were considered to be innovative and suitable for local resilience to saline intrusion.

The awards were given to the contestants including 1 first prize, 2 second prizes, 3 third prizes and 4 consolation prizes. The first prize went to Mr. Nguyen Tan Phuc from Mỹ Lợi A commune, Cái Bè district with the idea “A model of watering and fertilizing through a water-saving irrigation system for crops”. This idea was highly rated by the judges thanks to its possibility and helping increase the resilience of local communities living in the Mekong River Delta.

Hopefully. after the competition, these ideas will soon be put into practice and promote the activities of Tien Giang youth to participate in saline intrsion in the Cuu Long River Delta.